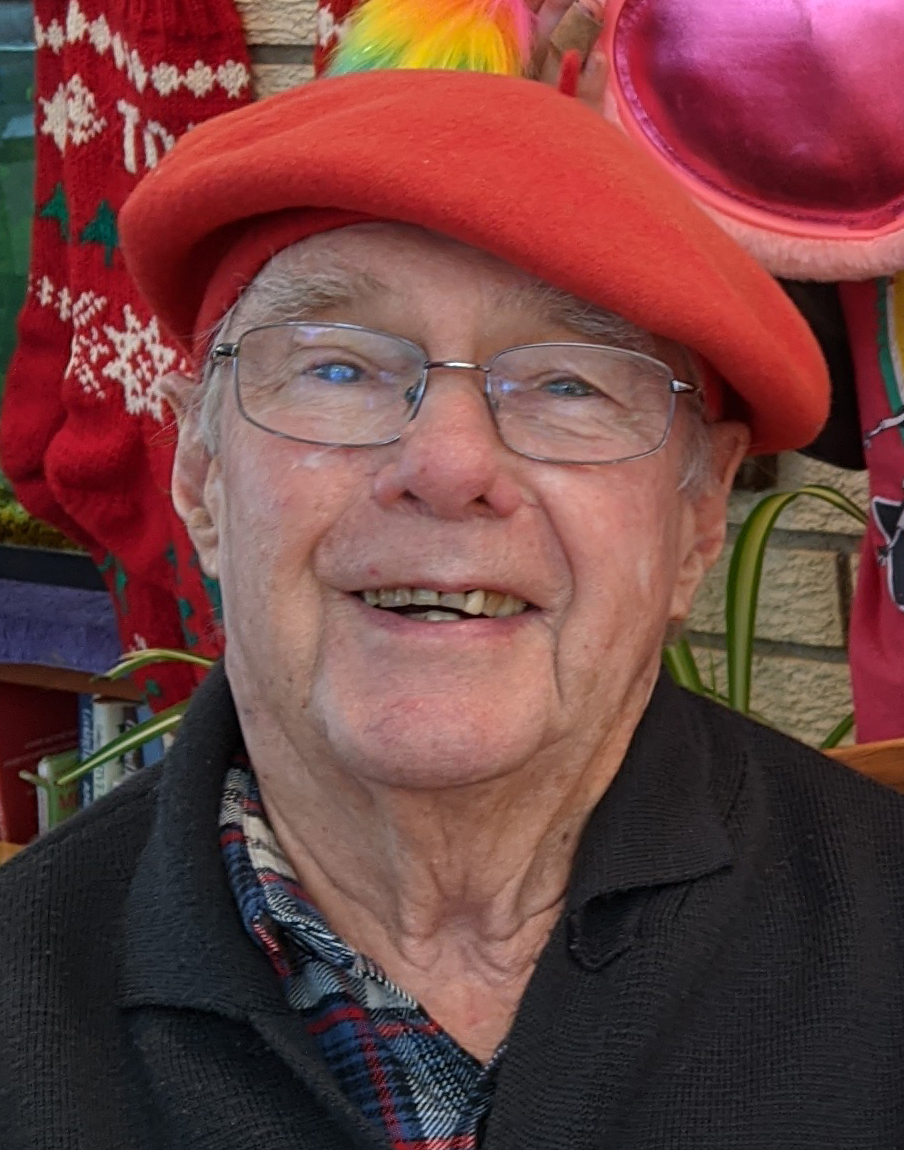 Laurence (Larry) Erwin Johnson, 87, died April 18, 2022, after an 18-month battle with cancer. Larry entered residential hospice a few days before his passing.  His children and son-in-law were by his side when he passed.

Friends and family are invited to a memorial service in Larry’s honor at 2:00 pm, Saturday, May 7, 2022, at Presbyterian Church of the Way, 3382 Lexington Ave N, Shoreview, MN 55126. There will be a visitation thirty minutes prior to the service and a reception to follow.  For those unable to attend in person, the memorial may be watched online on Presbyterian Church of the Way’s YouTube channel.  A recording will be uploaded after the service.

Larry was born in Brooklyn, New York, on March 3, 1935, the son of Christina Loretta Fredericks and Irving Martin Johnson. He graduated from high school at age 16, and defying his parents’ expectations, began his studies at Syracuse University in upstate New York. He transferred to the University of Montana at Missoula, where he studied forestry and graduated with a degree in Sociology.  He spoke fondly of his experience working for the Forestry Service, but an advisor encouraged him to pursue a career in hospital administration.

Larry’s post-graduate work took him to St. Luke’s Hospital in Cleveland, Ohio, Rhode Island Hospital in Providence, and the Masters of Hospital Administration program at the University of Minnesota.  There, on a blind date, he met a young nursing student from Ancker Hospital, Janet Irene McIlquham of Chippewa Falls, Wisconsin, who would eventually become his wife.  After graduation, with Janet patiently following him from state to state, he worked at George Washington University Hospital in Washington, D.C., before taking his first assistant administrator position at St. Luke’s Hospital in Boise, Idaho.

Larry and Janet were married on New Year’s Eve, 1965, in St. Mark’s Episcopal Cathedral in Boise, Idaho.  They honeymooned in Sun Valley, Idaho, during a snowstorm that buried their hotel and car under four feet of snow.

The couple left Boise after seven years when Larry accepted a position as assistant professor in the Department of Community Health and Medical Practice at the University of Missouri.  A year later, they returned to Minnesota and a job at Midway Hospital, where Larry served as assistant, associate, and head administrator for almost 20 years.  Larry retired as the administrator at the Minneapolis Shriners Hospital for Children in 2005.  Larry and Janet raised their two children, Amy and Erik, in the Highland Park neighborhood of St. Paul.

During his time at Shriners, Larry poured his heart into building an outreach program to deliver services to several Native American tribes in the Midwest.  He spent years quietly studying Native American culture, and learning from good friends who recognized that his commitment was sincere.  He delayed his retirement for fear that his successor would not honor and maintain the relationships he had worked so hard to establish.

Larry loved raising orchids and was an active member of the Orchid Society.  He often represented the society at the Minnesota State Fair and The Winter Carnival Orchid Show at the Como Park Conservatory, sharing information and advice with anyone who wanted to learn.  Larry also enjoyed flower and vegetable gardening and maintained a plot at the Dowling Community Garden for many years. He eagerly awaited his chionodoxa, crocus, and tulips in the early spring, and hoped to live long enough to see this year’s blooms.

Larry had an indefatigable drive to find the lowest cost service or product in the metro area and beyond.  He was a bargain hunter like no other, scouring garage sales, Goodwill, and the neighborhood for “treasures.”   His prized Beta VCRs, cast iron skillets, vintage toasters, and down vests and comforters could fill a museum. He insisted on maintaining his yard and house until the very end. Shoveling and mowing were some of the last tasks he reluctantly gave up.  He had a dogged determination to fix, paint or rebuild each of the house's storm windows so that none would ever have to be replaced, striking fear into the hearts of many by climbing up tall ladders despite the weather or other forbidding circumstances. He had a formidable collection of contractors’ business cards, complete with hand-written commentary and notes, accumulated during his decades of walking around the neighborhood and scrutinizing all work being done. One of the last things he was worried about, other than setting aside money for his beloved grandchildren’s college funds, was whether or not his car was working.  On the day he died, a branch came crashing down from the huge pine tree next to his house, knocking off the chimney caps in the process.  His neighbor commented that it felt like Larry was saying goodbye.

Open Arms of Minnesota provided meals for Larry for the last year and a half of his life.  Memorials to this wonderful organization are encouraged.  Larry also subscribed to The Circle News, a local newspaper dedicated to Native American news & arts.  Contributions, or taking out a subscription, would be an honor to his memory.

Condolences may be expressed at:

To order memorial trees or send flowers to the family in memory of Laurence "Larry" Erwin Johnson, please visit our flower store.

Presbyterian Church of the Way

Presbyterian Church of the Way