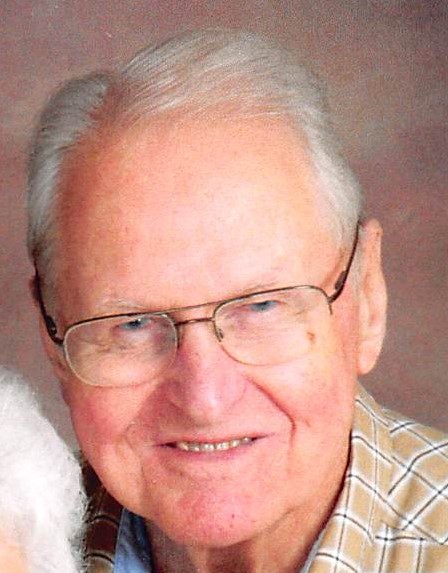 Tom was born in Staples Minnesota and grew up on the farm. He was almost like an only child at times for his brother Bill (with same birthday) and sister Jeanne were 8 and 7 years older respectively. He went to a 1 room schoolhouse and later Staples High School in town. Tom was always proud of the fact that he would have made a state Track record if his coach hadn’t told him to slow down at the beginning and to only sprint at the end. Tom enlisted in the Airforce and was in for 4 years. During that time, he was writing to “Dodie”. They were married on July 4th, 1952 on the Airforce base. It was the only day he could get off work. Tom and Dodie had a family of 6 children, 3 boys and 3 girls which he had a nickname for each of course. He worked as a machinist at American Hoist and at 3M also where he was promoted to a Foreman and a few years before retirement he was selling 3M products to 3M which he found amusing. Tom was a "3Mer" for over 30 years. He was a very strong member of the union and was “always looking out for the little guy” and wanted all employees to be treated fairly. Following retirement, he and Dodie moved up to the lake home they built in 1972 in Longville, MN. It was a dream he made come true. As a young man he engraved in a rock, “Tom’s cabin, a place for his family to go to get to know each other better” he said. They were there for 20 years, busy years volunteering at St Edward’s Catholic Church, Knights of Columbus, the Lake Association and accompanying Dodie to the Casino. He usually played the penny slot machines but Dodie did not! The happy couple returned to the cities and lived in their townhome in White Bear Lake in 2010.  Tom’s sense of humor and riddling never left him. Two things he shared are, “I sure feel a lot more like I do now than I did when I got here” and the riddle, “Brothers and sister I have none, but this man’s father is my father’s son -who am I?” A copy of this little riddle can be picked up at the luncheon from Tom to you! Although he full of fun and energy, the most important thing in his life was his Catholic faith. Up until the end he would say, “I should be helping someone”. Tom never wasted a minute when someone needed something done. He will be greatly missed by everyone who had the blessing of knowing him. Dad will never be forgotten, his teachings about life will live on in his family and friends. As well as the stories and jokes he told if we can remember them half as well as he did.

Dad we always looked up to you and now you are looking down on us from heaven through the windows in the stars I have always imagined.

To order memorial trees or send flowers to the family in memory of Thomas Dwight Kurz, please visit our flower store.