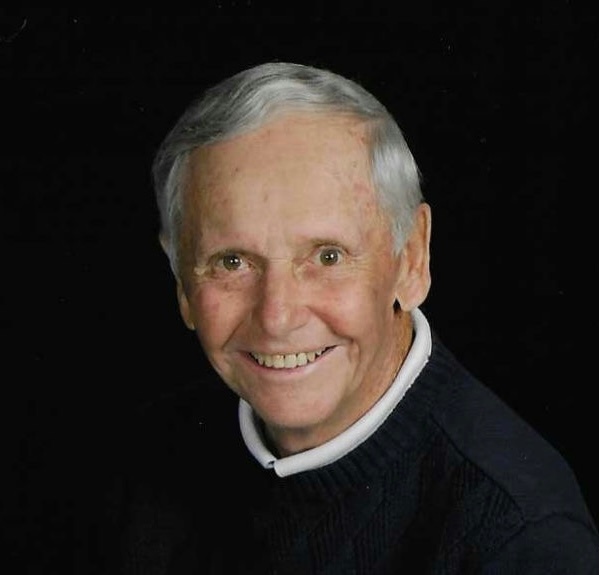 Ralph Vincent Nardini, age 93, a devout Catholic, died Monday, June 6th at his home peacefully with his loving wife at his side.

Ralph was born January 23, 1929 in St. Paul. He graduated from Johnson HS in 1946 where he and his brother Gene played hockey. Ralph worked at the family’s lunch counter, Nardini Family Restaurant. Following graduation, Ralph served the US. Army as a cook during the Korean War. He was a proud veteran, wearing his Korea Vet hat everywhere he traveled. In 1949, he bought into a company that recharged fire extinguishers. Helping out a friend he met playing golf, Ralph grew his investment into one of Minnesota’s largest fire equipment companies that eventually expanded into North Dakota. He ran the business for over 5 decades.

In 1953, Ralph married Marguerite (Mugs) Isabel Becker. The couple had two children, Tom and Gay. Ralph and Mugs raised their children on St. Paul’s East Side until 1972 when they moved to Lake Gervais.

Ralph married Lenore Robertson Payton in 1989. They enjoyed golfing and traveling together, spending time between their Minnesota and Florida homes.

During Ralph’s career, he was a charter member and President of the National Association of Fire Equipment Distributors. In 2013, he received their Lifetime Achievement Award for his outstanding contributions and service to the industry. He was also a charter member of the Pioneer Hooks and Ladder volunteers. Ralph served as President of the Builder’s Exchange and received the Distinguished Member award. He was a tireless volunteer in many civic endeavors. He served on the Ramsey County Fair Board for many years in addition to the St. Paul Midway Lions, where he received the Melvin James Award and the Helen Keller Award. He served the Roseville Central Park Foundation, the Suburban Chamber of Commerce, the Saint Paul Club, and the St. Paul Winter Carnival for many years in a variety of roles, including the General Chairman and Vulcanus Rex.

Of all Ralph’s hobbies, golf was his true passion. He was one of the first and a lifetime member of North Oaks Golf Club. He played many rounds between Minnesota and Florida enjoying six hole-in-ones over his lifetime and “shooting his age” many times and was an avid MN sports fan.

Ralph literally had hundreds and hundreds of friends. With his twinkling eyes and his fun-loving personality, Ralph had the ability to make you feel like a very special person when you were in his company. He will be sorely missed.