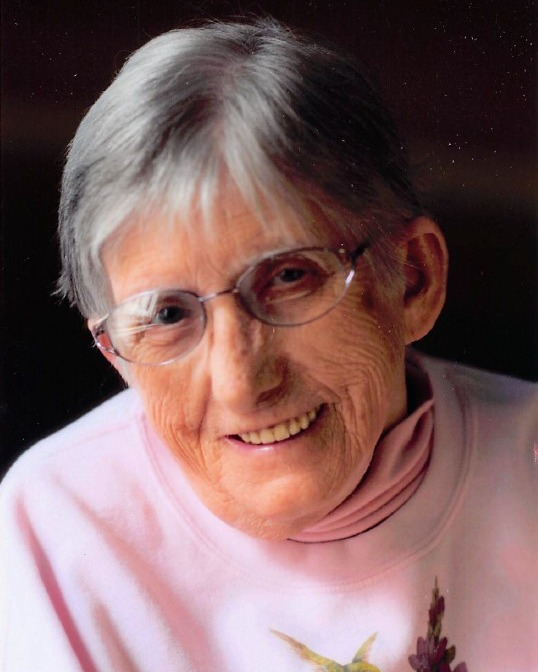 Nancy was born on Christmas Eve, 1933 near Madison, Wisconsin. She was adopted by Walter and Jennie Swain. She grew up on Jessamine Street near Lake Phalen, and was proud to call herself an East Sider.

She attended high school in Owatonna, Minnesota. While at school, she made lifelong friends. Before she was married, she worked in the laundry department for several nursing homes and also as a waitress.

She married Jerome DeGulio and they became residents of Bush Ave in St. Paul. They were married 38 years until his passing in 2007. They shared a passion for the Minnesota Vikings, professional wrestling, dogs, and the Minnesota State Fair. Nancy prided herself on attending the Fair every year; 2022 was the first State Fair she could not attend.

She had one daughter, Jeanette, and two grandsons: Kelvin and Robbie. She loved her grandsons dearly and would always light up around them. Her goal was to dance with them at their weddings. She did that with pride.

She was a competitive card, Yahtzee and Bingo player. She filled her time doing any kind of crafts but especially loved knitting and embroidery. She loved Christmas and Elvis. She loved parades, especially the St. Paul Winter Carnival. Nancy had a wicked sweet tooth and especially loved chocolate and buttercream frosting.

Her later years were spent at New Harmony Care Center and later, Cerenity Care Center - Marian. She thought she was in charge of the staff. They were kind enough to let her believe it.

She lived a simple, passionate life and was a joy to everyone who knew her.