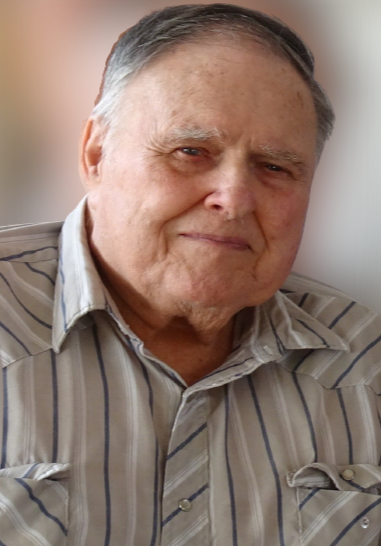 Leon Albert Nadeau was born in St. Paul, Minnesota on September 6, 1933 and was raised in Centerville, Minnesota. He was one of five children to Carrie (nee Wilharbor) and Leon P. Nadeau.

After meeting her through a blind date in a Forest Lake malt shop, Leon proposed to Diane M. Nadeau (nee Hamelin) and the two were married on October 2, 1954 at St. Joseph Catholic Parish in Lino Lakes. After starting a family in his father's apartment building in Centerville, he and Diane moved to Hugo in September 1963 after buying Marier's Market, which they renamed to Nadeau's Star Market. For 21 years they raised their family in the building's second floor, while "the store" - as it was known within his family - quickly became a staple of the local community and stayed in the family for more than four decades.

Leon was known as a selfless individual and a generous member of his community. As a devout Roman Catholic and devoted member of St. John the Baptist Catholic Church in Hugo (now known as the Church of St. Genevieve Catholic Church in Centerville), he joined Diane in teaching youth Catechism classes, running the ice cream stand at the church's annual horse show, and giving countless hours in service to the parish and the well-being of his surrounding community. Leon was also an active member of the Hugo Lion's Club and a volunteer at the Hugo Fire Department. He always asked his family members to donate to charity in lieu of gifts for his birthday and Christmas, and quietly began and closed each day in prayer.

Amid all his volunteering and running of a business, Leon's top priority was raising a wonderful family of 12 children. He enjoyed taking them on camping and fishing trips, including to Tom Tom's Resorts in Northern Minnesota, and was incredibly proud to see the wide variety of talents, personalities and blessings that his children bestowed upon him. As his children grew older, Leon began traveling internationally with Diane, including an especially meaningful trip to the Holy Land. Leon's sense of humor was widely known, and erred on the side of "dad jokes" - to the extent that he regularly gave "100 Best Dad Jokes" and similarly titled books to his grandchildren as Christmas gifts.

To order memorial trees or send flowers to the family in memory of Leon Nadeau, please visit our flower store.