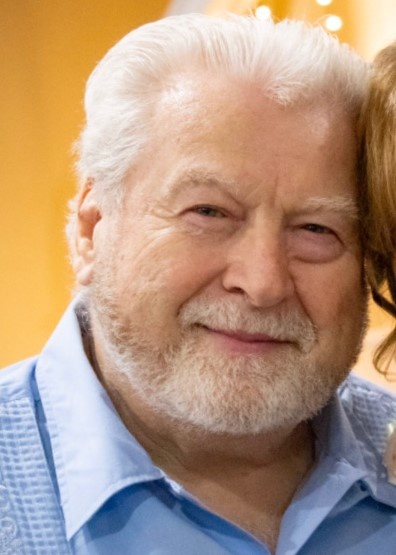 Jerry was born in St. Paul, Minnesota on March 7, 1942, the son of Dorothy (nee Markie) and John Ricci. He attended Johnson High School in St. Paul, where he met his first wife, Phyllis (nee St. Sauver). The two graduated from Johnson in their class of 1960. Following graduation, they were married on July 9, 1960, and had four children together. Jerry was a longtime service and repair technician at Sears. He loved being around people and was always telling jokes. He looked forward to spending time with his family at the cabin in Hackensack, MN every summer. Jerry was an avid fisherman and loved taking his grandchildren out on his boat. He had a passion for music and dancing. Jerry never missed his granddaughters’ dance recitals. He was always singing, even though he often got the lyrics wrong. Jerry had a love for hockey and spent his birthday weekend hosting his family for the annual high school hockey tournament. He faithfully attended his granddaughters’ hockey games and was lovingly nicknamed “Grandpa Candy” because he always brought plenty of candy to share with everyone. He was a proud Italian and enjoyed making homemade hot dagos and spaghetti for his family and friends. He was a devout Catholic and was known to many as "Pope Jerry.” He was full of life and always the center of attention. He never liked being alone, so after the loss of his first wife, Phyllis, he found love again with Toni. Jerry and Toni were married on November 7, 2021. They enjoyed traveling together, some of their favorite trips being to Cancun, Mexico, a cruise to Alaska, visiting the Smokey Mountains, and Orange Beach, Alabama. Anyone who knows Jerry will describe him as a fun-loving, warm, and welcoming man. He will be greatly missed by everyone.