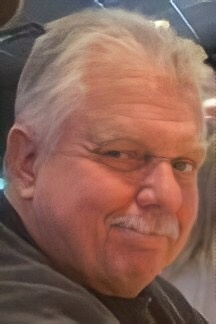 Conrad was a graduate of the Class of 1964 from Humboldt High School. Conrad and Kathy were married on July 9th, 1966 at St. Mary of the Lake Catholic Church. He was a printer at American National Can for 30 plus years. Conrad had an amazing sense of humor with an infectious laugh and big smile. He loved spending time with his family and friends, doing yard work, and enjoying the family cabin and the occasional beer. He will be greatly missed.

Shortly after Conrad passed, his son Jon unexpectedly passed as well. Conrad and Jon’s memorial service will be held from 3:30 PM to 7 PM, with a prayer service at 4 PM on Friday, March 18, 2022 at Mueller Memorial, White Bear Lake, 4738 Bald Eagle Ave. A celebration of their lives will be held at 1 PM on Saturday, March 19, 2022 at the White Bear Bar.

To order memorial trees or send flowers to the family in memory of Conrad William Burbach, please visit our flower store.